When Damian Lillard finishes his daily hoop duties for the Portland Trailblazers, he will spend most of his downtime inside the NBA bubble working on his other passion: music.

The All-Star point guard turned part of his suite into a mini recording studio at Disney’s Wide World of Sports Complex, where his team will make a push for a playoff berth. The league constructed a social bubble to resume the NBA season and protect 22 teams from COVID-19 while at the resort, which features several activities such as walking trails, a bowling alley and a lake to fish or boat. 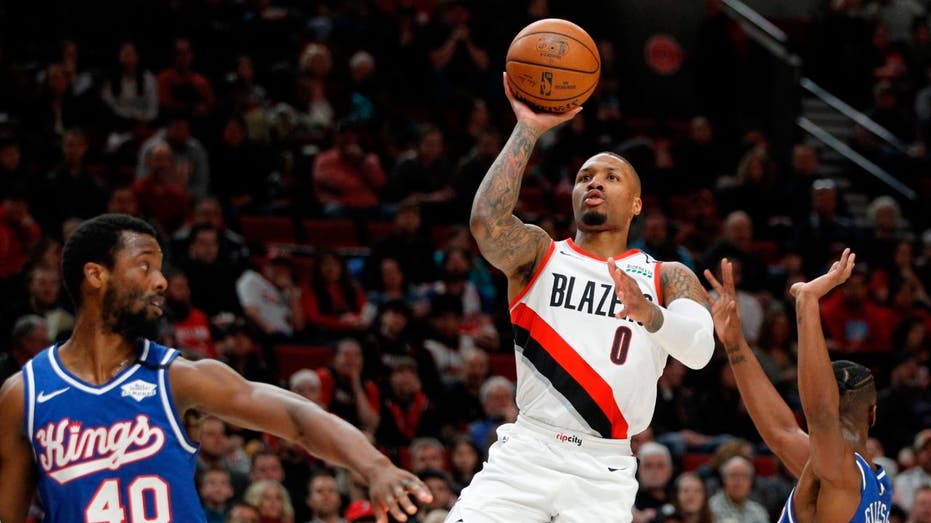 But under his rap persona Dame D.O.L.L.A., Lillard expects to turn his attention to laying down tracks when he is not occupied with basketball. He’s striving to make his rap persona just as known as his pro basketball identity, like the Emmy-winning actor Donald Glover who won multiple Grammys under his alter ego, Childish Gambino.

“That’s the point I want to get to,” he said. “I admire him with how he’s established himself into two different lanes. People respect him in each lane. That’s my goal.”

Lillard’s room is equipped with a microphone perched on a stand, headphones, laptop with recording software and audio interface to control everything. He said the thick carpet in his room should help the sound quality.

He said the setup is “simple,” but it’s good enough for him to create music in a room where he can isolate himself.

“I saw people saying that there would be complaints of him recording music, but I don’t have any speakers. Everything is in the headphone speakers,” he said. “I’m rapping out loud, but not screaming to the top of my lungs. Nobody is going to hear me rapping.”

Lillard has earned respect in the hip-hop world as a socially conscious lyricist as Dame D.O.L.L.A., which stands for Different On Levels the Lord Allows. He’s recorded songs with some of the biggest names in the music industry including Lil Wayne, 2 Chainz and Jamie Foxx. He also performed with Wayne during NBA All-Star weekend earlier this year.

Last month, Lillard released “Goat Spirit” featuring Raphael Saadiq and the powerful “Blacklist,” a song addressing police brutality of unarmed Black people. It’s a song he felt compelled to put out after the killing of George Floyd, who died after a Minneapolis police officer pressed a knee into his neck for several minutes.

GET FOX BUSINESS ON THE GO BY CLICKING HERE

Once the NBA season restarts, Lillard will have the words “How Many More?” stitched on his jersey. He said he does not consider himself an activist, but he wants to express his feelings on the good and negative matters impacting his community.

That’s what also led Lillard to release his new song and music video “Home Team” on Friday. The song pays homage to his family and closest friends that he financially helped start their entrepreneurial journey.

“They do all these things and those are the things that I’m investing in to make my people deeper and stronger,” said Lillard of his friends who have become a businessman, chef, handyman and even a farmer. “It’s not an entourage of people that hangout with me, because I’m an NBA player. It’s my strong circle.”