The family of an 11-year-old boy, who died in a Texas home that suffered power loss during the cold snap last week, is suing power company Entergy and state grid operator Electric Reliability Council of Texas (ERCOT) for more than $100 million, according to reports.

The lawsuit also alleges that ERCOT and the energy company could have prevented the death had they properly protected the energy grid against severe winter weather, or warned residents of prolonged outages. It accuses Entergy Texas and ERCOT of gross negligence.

“Despite having knowledge of the dire weather forecast for at least a week in advance, and the knowledge that the system was not prepared for more than a decade, ERCOT and Entergy failed to take any preemptory action that could have averted the crisis and were wholly unprepared to deal with the crisis at hand,” the lawsuit stated, according to ABC News.

ERCOT is an independent grid, meaning it is not subject to federal regulation or required to winterize the electric grid, according to the paper.

“Of course, just because it is not legally required to do so, does not mean that failing to do so is reasonable behavior,” the lawsuit alleges. “ERCOT failed all Texans, and allowed providers to fail Texans.”

A spokesperson for Entergy Texas told the Houston Chronicle that the company could not comment due to pending litigation.

“We are deeply saddened by the loss of life in our community,” the company said.

“This is a tragedy, and our thoughts and prayers are with the family,” ERCOT said in a statement. “We haven’t reviewed any pending lawsuits yet and will respond accordingly once we do.”

Cristian Pavón Pineda, who immigrated to the U.S. with his family two years ago — was found dead in his bed last week — after spending some time out in the snow for the first time in his life, his family told the paper. 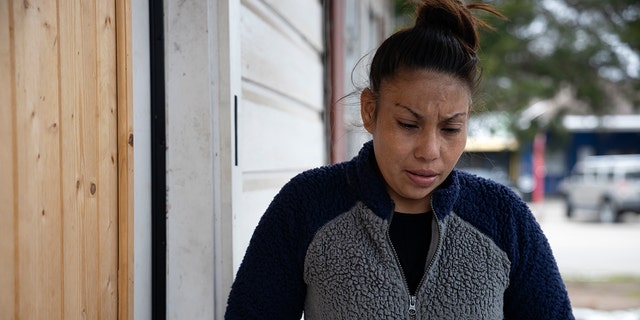 “It was his “first time (seeing snow). That’s why he was excited outside,” said his mother, Maria Elisa Pineda on Thursday. “Everything was well. He was happy that day. He was not at all sick.”

BIDEN COULD VISIT STORM-RAVAGED TEXAS ‘AS SOON AS THIS WEEK,’ WHITE HOUSE SAYS

The Conroe mobile park home they were staying in lost power Monday morning and the family huddled together to stay warm as temperatures plunged into the single digits, reports said.

The family said the child — who was found unresponsive the next day — froze to death. The official cause of death is pending the results of an autopsy, according to Conroe police.

“This is a young man who died for no reason other than corporate decisions,” the Pineda family attorney told ABC News on Sunday.

“Far too many Texans are without power and heat for their homes as our state faces freezing temperatures and severe winter weather. This is unacceptable,” Abbott wrote in a statement.

ERCOT officials have defended their preparations and the decision to begin forced outages Monday as the grid reached a breaking point. The agency previously said that it took drastic action to avoid a catastrophic statewide blackout.

Conroe is about 40 miles north of Houston.

The Associated Press contributed to this report